Social outburst as an eCommerce enhancer 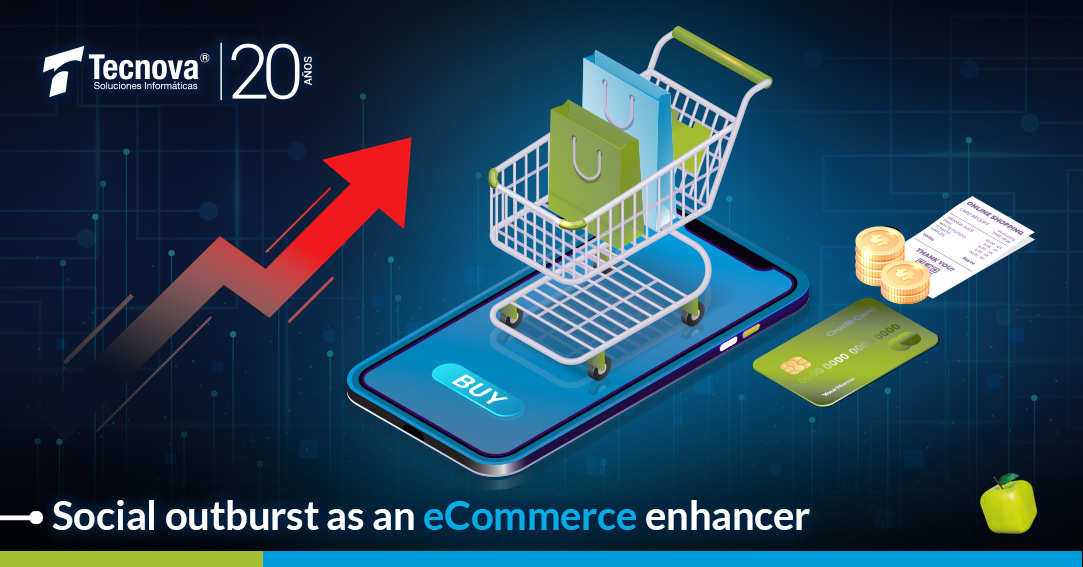 Social outburst as an eCommerce enhancer

The shopping habits after October 18 took a radical turn. Closed premises, difficulties in transport, changes in working hours, early closures, among other events, changed habits that were a custom in urban life. Above all, those linked to the consumption of goods and services.

An example of this was retail. By November 2019, the National Chamber of Commerce (CNC) reported that only 12% of retail establishments operated normally. “The figure is very low, and it is a national phenomenon, we must not believe that it is Santiago or the Alameda” said the president of the CNC, Manuel Melero to Emol.

In fact, figures from the same organization confirmed that retail sales had “an annual real decline of 17.2% in terms of total face-to-face sales and a drop of 15.6% real annually in terms of equivalent premises (same store sales)” in the Metropolitan Region. However, this trend was not only the result of social outbursts.

During 2019, trade showed a decline in sales. In fact, face-to-face sales decreased 2.6% until before October 2019. However, in the case of online sales the opposite happened. As of October 2019, Chilean eCommerce’s profit reached US$ 4.5 billion. “In real terms, sales accumulated a 37% expansion through September,” the CNC said.

From face-to-face to virtual

The social crisis only came to accelerate the change of behavior on how to buy. During 2019, a series of data was released that already realized this new habit. For example, GfK Chile and Mercado Libre conducted a study  during the first quarter of 2019 that showed eight out of ten Chileans (83%) acknowledges having shopped online in the last six months. This represented an increase of 10 points (73%) compared to the latest measurement in 2017.

Among the reasons that people stated to make purchases by this mechanism were: comfort (75%), the possibility of comparing products and prices (50%), time saving (44.5%) and access to better prices (36%). In addition, the medium in which the most Chileans buy online is through the cell phone. 61% of respondents do so.

The trade union indicates that within the current habits of consumers is that of “search for products, choose them online and then buy them in the physical store or pay them online and go to the physical store to pick them up”, as indicated by the Manager of Studies of CNC, George Lever. That is, you may or may not include the shipment of the product, new payment methods, and also an omnichannel purchase.

New developments and competition: the path to eCommerce consolidation

In the face of this, the national actors adapted to the new scenario. The main objectives are to achieve complete customer satisfaction when making their purchase. That there are no failures in the purchase, variety of payment methods, that the declared stock is the correct and, above all, that the shipment arrives on time. To do this, it is essential to invest in technology, software development and logistics to achieve these goals.

For experts, Chile is at a “teenage” stage in the development of eCommerce. For the Managing Partner of CIS Consultores, Claudio Pizarro, a Digital Transformation process is being started. Therefore, the existing eCommerce in the country is still basic. “The challenge of the future is to build digital retail ecosystems, to generate satisfying experiences for consumers from the time their need arises until their purchase is completed,” he said in a CNC article.

Although the omnichannel proposal was adopted years ago, and has been perfected by pick-up points, such as pick-ups, store pick-ups or mailboxes, the goal will be for the purchased products to arrive faster and faster. Logistics is a major weakness and the flaws in the promise of delivery, one of the main weaknesses of online commerce.

Therefore, from Tecnova we want to be an ideal partner for the development of solutions that speed up both the purchasing and delivery processes of the products. This is possible thanks to Tecnova’s extensive experience in industries as varied as Banking, Retail, Telecommunications, Logistics and Transport, Insurance, Education, among others.

In a scenario where the installation of giants such as Amazon  in Latin America, coupled with the strong competition from sites like AliExpress, it is necessary to accelerate any process where Digital Transformation is involved in the generation of business.